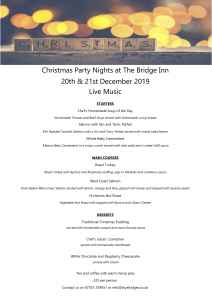 The Blas Festival aims to bring quality events to venues large and small across the Highland, offering the opportunity for communities to celebrate Highland culture.  This year’s festival, taking place from 1 to 9 September, will be no exception.

The Festival will come to Skye for several performances.

The 13th festival lineup has been published and among many highlights will be special events celebrating the 80th birthdays of four icons of Gaelic Culture - Kenna Campbell, Fergie MacDonald, Morag MacLeod and Finlay MacLeod.  The 2017 Blas Commission - Dìleab Uilleim - explores the Gaelic song legacy of Rev William Matheson, one of Scotland’s foremost collectors and authorities on Gaelic song.  Those shows will feature introductions to the songs by Jo MacDonald and performances from Robert Robertson, Rachel Walker, Ross Wilson, Alasdair Whyte, Eilidh Cormack, Linda Macleod, Allan MacDonald and Christine Primrose.

Mary Ann Kennedy will be performing songs from her new album An Dàn and Gary Innes will be performing his new album Era.  A CD of Lauren MacColl’s Fèis Rois Commission The Seer will be launched at two performances during Blas and Glòir nan Caman: Shinty’s Heroes will return with Hugh Dan MacLennan and a host of fine musicians focusing this time round on PM William Lawrie from Ballachulish.  Two Fèisean - Fèis Lochabair and Fèis na h-Òige - will host concerts celebrating their 25th anniversaries.

A family ceilidh with Cast Ewe Ceilidh Band and Feis Throndairnis will take lace at Kilmuir Hall, Isle of Skye on Friday 8 September at 8:00pm.

Cabinet Secretary for Culture, Tourism and External Affairs Fiona Hyslop, said: “The Blas Festival is an important event for the Highland community and for people across Scotland. This year’s programme, with a wide offer of outstanding cèilidhs, concerts and some new and original features, will promote Highland culture to communities countrywide.  Blas represents a key part of the Highland cultural exchange and the Scottish Government is committed to further supporting its growth, which will enrich Scotland’s cultural life and contribute to the promotion of Gaelic in Scotland.”

Fèisean nan Gàidheal Chief Executive, Arthur Cormack, said: “We are grateful for the continued support of The Highland Council, Bòrd na Gàidhlig, Highlands and Islands Enterprise, Creative Scotland, Argyll and Bute Council and Comhairle nan Leabhraichean. For the first time Comhairle nan Eilean Siar is supporting us and we are also very happy that Marine Harvest have agreed to sponsor certain elements of Blas 2017.  We are looking forward to an exciting festival and to welcoming the many friends who come to the Highlands annually to attend events, as well as those resident in the area.”

The full festival programme is now available at www.blas-festival.com where full details of all events and how to buy tickets can be found.