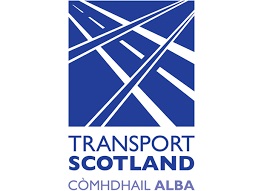 Driving to Inverness? Well at least one of the city's roundabouts should be easier to negotiate.

For according to Transport Scotland drivers are now experiencing shorter journey times since new traffic light timings were trialled at the Longman roundabout.

Across the week, the new settings have resulted in an overall reduction in journey times of up to 12 per cent. For weekdays, times have reduced by 17 per cent during the evening peak and 2 per cent in the morning.

Transport Scotland began the trial at the end of this summer in response to concerns about traffic delays and has worked with the operating company BEAR Scotland to analyse the traffic flow, behaviour and journey times through the junction.

In developing the trial, a range of options was considered including removing the signals completely and introducing dedicated left lanes. However the option of speeding up the timings was shown to deliver the best results.

Whilst improved signal timings for the weekdays have been established and put in place, work continues on the weekend journey times which follow a different pattern and indicated a slight increase of less than three minutes during the trial.

Transport Scotland’s Operating Company Manager, Jonny Moran said: “We want our trunk road network to be as efficient as possible to help road users get to where they need to be and to support local businesses.

“The new traffic light timings at the Longman roundabout have helped improve the balance in the operation of the junction and delivered shorter journey times.

“The green light time has now been more evenly allocated between the arms of the roundabout and drivers are on the move more often, with less time spent waiting for the lights to change.

“Now that we are seeing an improvement in the peak driving hours we will look to see if this can be replicated at other times.”

Chair of Highland Council’s Community Services Committee Allan Henderson, said:
“We welcome Transport Scotland’s endeavours to help the flow of traffic through our city and look forward to a positive outcome.”