Could scheduled air flights be coming back to Skye? 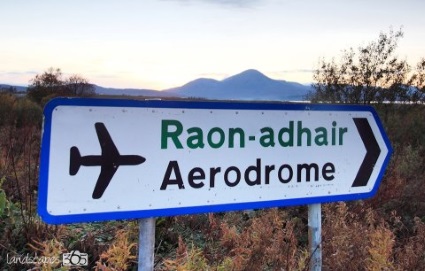 Skye’s fight to bring scheduled flights to the island could now be set to really take off.

For a new report commissioned through HITRANS (Regional Transport Partnership) as a collaborative study involving Highland Council and Highlands & Islands Enterprise (HIE) has shown not only the economic benefits such a move could have but also just how it could be done.

Now on Monday (Oct 3) the local Skye and Raasay Committee will be told how once feedback from Transport Scotland has been received the the initial report can be finalised for publication. At that point the full final report along with options for how the project can be moved forward will be presented to a future meeting of Highland Council's Planning Development & Infrastructure Committee.

According to the report reviving the airport could be worth up to £46.8million over the next 30 years. Two significant aspects which are said to influence the potential for re-opening at Broadford are the development of Global Navigations Satellite Systemss which would enable Instrument Approach procedures to be adopted at Skye. While new and additional information available has highlighted the huge economic benefits to the local community.

The report's authors suggest that the use of a nine seater Islander aircraft or the preferred option of a 19 seater Twin Otter could be used for the Glasgow Broadford service.

Already FlySkye, who have campaigned long and hard for the resumption of an island air service have given their backing to the report and its findings.

Shirley Spear from the Three Chimneys restaurant, who has been a driving force behind FlySkye is already said to have put her support behind the report and has said:  “I would say the figures quoted are quite modest and that in reality it could be even more successful.

“It is not just going to affect tourism. It’s for the whole social economy of Skye, the surrounding islands and the mainland.

“The wider area will benefit enormously from having this connection to the central belt.

“It will give the people who live and work on Skye so much better choice of work and travel, taking us another step into the modern world.”

However the report makes it clear that there is still much to do and warns: "The project is unaffordable for Highland Council alone. Without Scottish Government intervention there is a substantial risk for the re-introduction of scheduled flights to Skye."

To find read the full report follow the link here