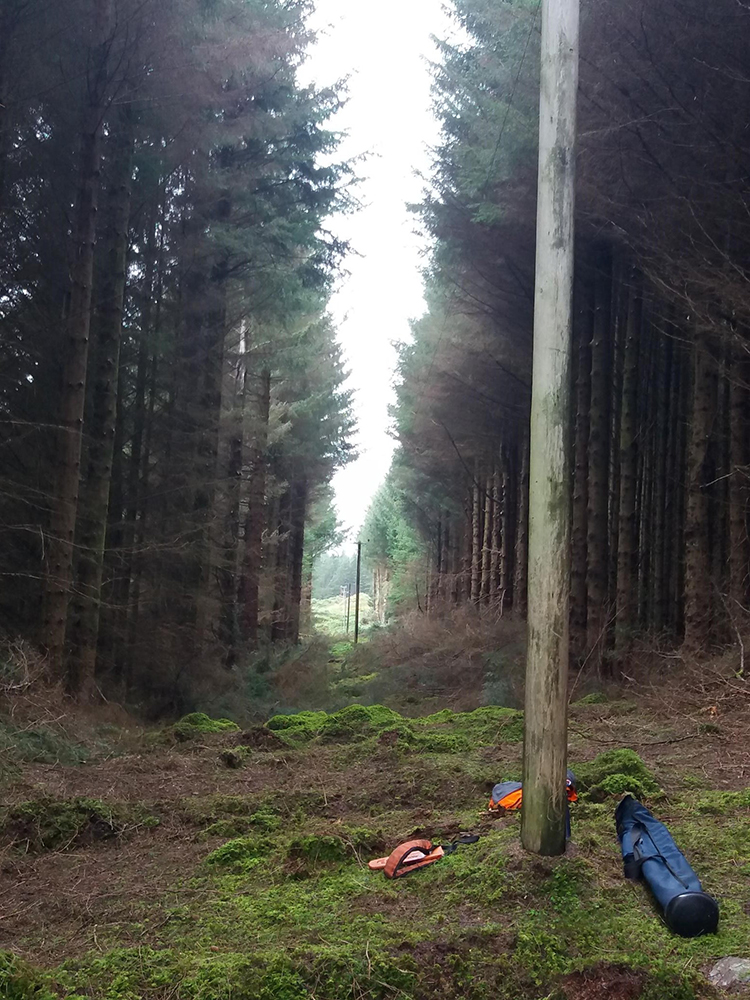 The SSEN's recent upgrade saw the team commute to the site every day to ensure the island’s 5km of electricity network was ready for winter.

The 16 members of SSEN staff, including members of the tree-cutting and overhead lines teams, focussed on cutting away branches that had grown too close to the electricity lines; replacing three wooden poles which carry the overhead lines; undergrounding 400m of Low Voltage overhead line which had previously been damaged by high winds and replacing the original pole mounted transformers.

Roddy MacPherson is based at SSEN’s Kyle of Lochalsh Depot and led the project which, given the location, came with its own unique set of challenges: “Getting to Scalpay isn’t as straightforward as other places in our Highlands and Islands region, as there is no regular ferry service; the fact that we had to not only get our colleagues there and back but we also needed to have all our vehicles and equipment with us made the task that little bit trickier!

"Thankfully we were able to secure the services of a local shipping company for the fortnight and so we based ourselves at Kyle of Lochalsh on the mainland and commuted back and forwards every day.

“Given the difficulty of getting back and forward we wanted to make the best use of the transport and accommodation we had secured, and in total we were able to clear trees and vegetation away from 1.2 km of overhead line, replace three wooden poles and underground 400m of the LV network, all of which will go a long way to improving the supplies to Scalpay’s residents this winter and for many years to come.”