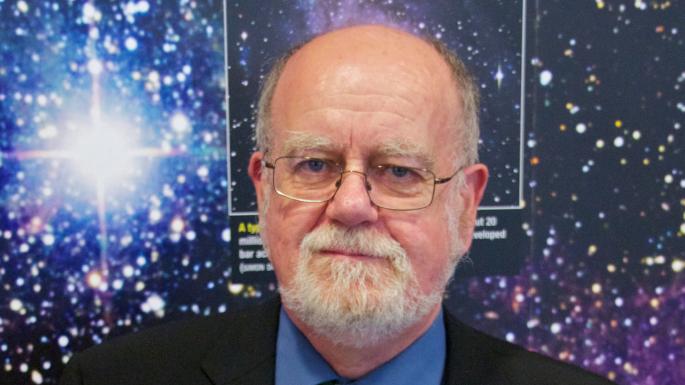 Astronomer Royal, John Campbell Brown, has died suddenly at his home on Skye.

John, who died aged 72, was interested in astronomy from an early age when he watched Patrick Moore on The Sky At Night.

Born in Dumbarton, John created the Dumbarton Academy Astronomy Club and built the club's telescope.  He went on to study astronomy at Glasgow University and, after graduating, secured a permanent faculty job at age 21, while working on his PhD.

The Astronomer Royal often combined his love of magic with his love of astronomy, using magic tricks to demonstrate objects disappearing into black holes.

Professor Mike Cruise, the President of the Royal Astronomical Society, said: “The astronomy community in the UK will be greatly saddened by this loss.

“Both as an active astronomer and in his role as Astronomer Royal for Scotland, John devoted his considerable energy to his science, and was very effective in communicating his science to the public.

“He was a tireless public speaker, often visiting remote communities to inspire them with the latest research results and broader historical perspectives on our knowledge of the universe.

“He will be missed by colleagues in the UK and around the world.”