Tourist tax…still time to speak out! 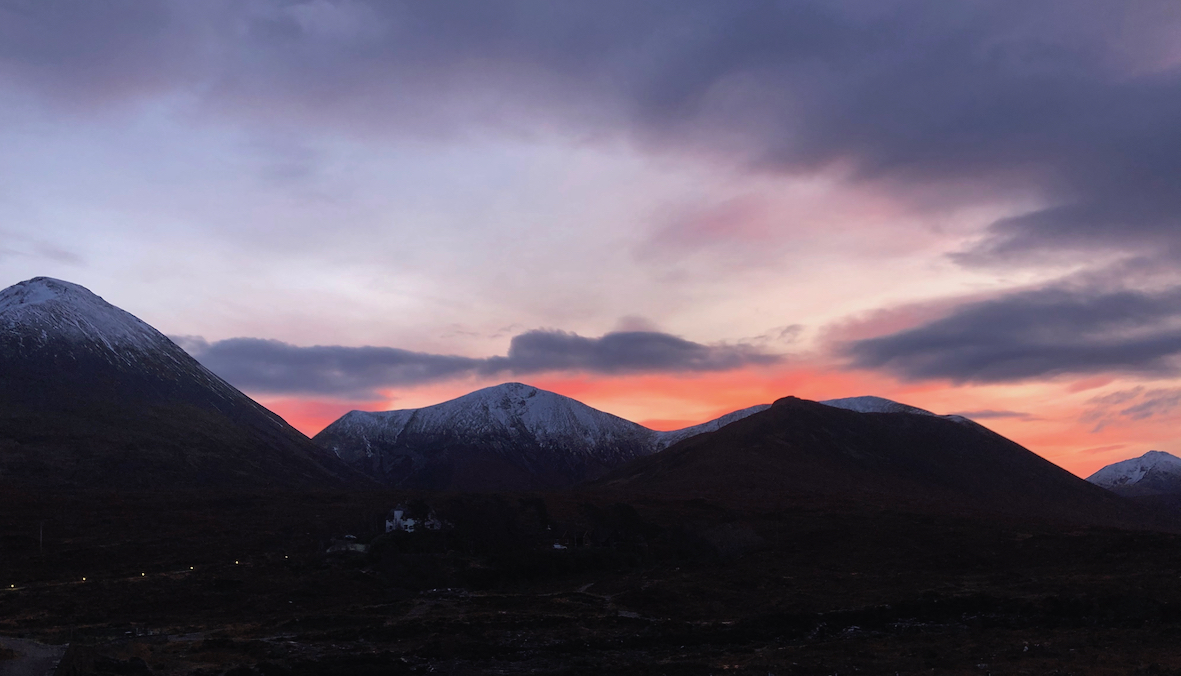 Sunrise on morning of Tuesday November 19th from Sligachan Hotel

There’s still time to influence the Scottish Government’s decision-making on the Transient Visitor Levy (TVL) – that was the clear message to the SkyeConnect tourism conference at the Sligachan Hotel on Monday and Tuesday this week. (November 18th and 19th).

And the message came from special guest John Thurso, who was appointed as Chairman of national tourism organisation VisitScotland in 2016, and also serves as an Ex-Officio Board Member of VisitBritain.

He sketched in the background of VisitScotland from its foundation as the Scottish Tourist Board 50 years ago…and he emphasised the absolutely key role that Destination Management organisations like SkyeConnect play since the rebranding as VisitScotland in the mid 2000s.  VisitScotland’s role was to campaign overseas – to “grow the cake” – and the local organisations were then tasked to make their slices bigger.

John’s industry experience is considerable. At the age of 27 he became Europe’s youngest 5-star hotel manager as Managing Director of the Savoy Group’s Lancaster Hotel in Paris. He then went on to lead a number of hospitality businesses to success including Blakeney Hotels of Cliveden, which became the UK’s highest rated hotel under his leadership, East Sussex National Golf Course and Fitness & Leisure Holdings. For many years he also owned The Ulbster Arms in Halkirk.

John pointed out that in in 1969, the value of tourism in Scotland was around £100m or £1.6bn in today’s values.  Yet the value of the tourist industry today was almost nine times that at around 11.5bn.  The number of people visiting had risen from 5m to 15m – while the number of people employed in the industry has risen from 58,000 to 207,000. He drew attention to the greatly increased value earned from each visitor.

“Tourism is a big business, and it’s a very important business and it’s a major growth business.”  He pointed out that this is a pattern worldwide – and the North Coast 500 was an example of this growth process in Scotland.

John drew attention to the concern over the “tourist tax” or Transient Visitor Levy (TVL).

The Scottish Government has launched a 90-day consultation on TVL seeking views on the principles of a local discretionary transient visitor levy or tourist tax.  He made clear that in his view it was not a “done deal” – and it was essential that those affected put in evidence-based comments and input.

He urged all businesses who benefit from tourism activity to share your views via the Scottish Government website.

However, the Highland Council consultation is now closed. It ran for more than two months – between 15 August and 20 October 2019.  Speakers emphasised that there was still time to contact Highland Councillors directly.

The levy “is a challenge but it is also an opportunity.”  He said VisitScotland was pressing for the money raised from any levy to go directly to local tourism organisations to enable the services of the industry to be developed.

Other topics he touched on included the impact of the actions needed to combat climate change.  VisitScotland was working on proposals that would fit into this.