Car rolls into the sea

A car rolled off Kylerhea Pier and landed in the sea today (Sunday 11 August.)

Kyle RNLI was launched at 1:15pm and arrived on scene to find the car partially submerged.

Nobody was inside the vehicle as it went off the pier and nobody was injured in the incident.

The Lifeboat stood by until the local land-based Coastguard units arrived.

Speaking of the incident, a Kyle RNLI spokesperson said: "Luckily the car was unoccupied when it rolled half way down the pier and fell off the edge.

"Due to the rapidly incoming tide, it wouldn’t be long before the car was fully submerged making it very difficult to recover out of the sea.

"Therefore before departing the scene the crew assisted with running lines to the shore to ensure that nobody else would have to enter the water during the recovery process later in the day." 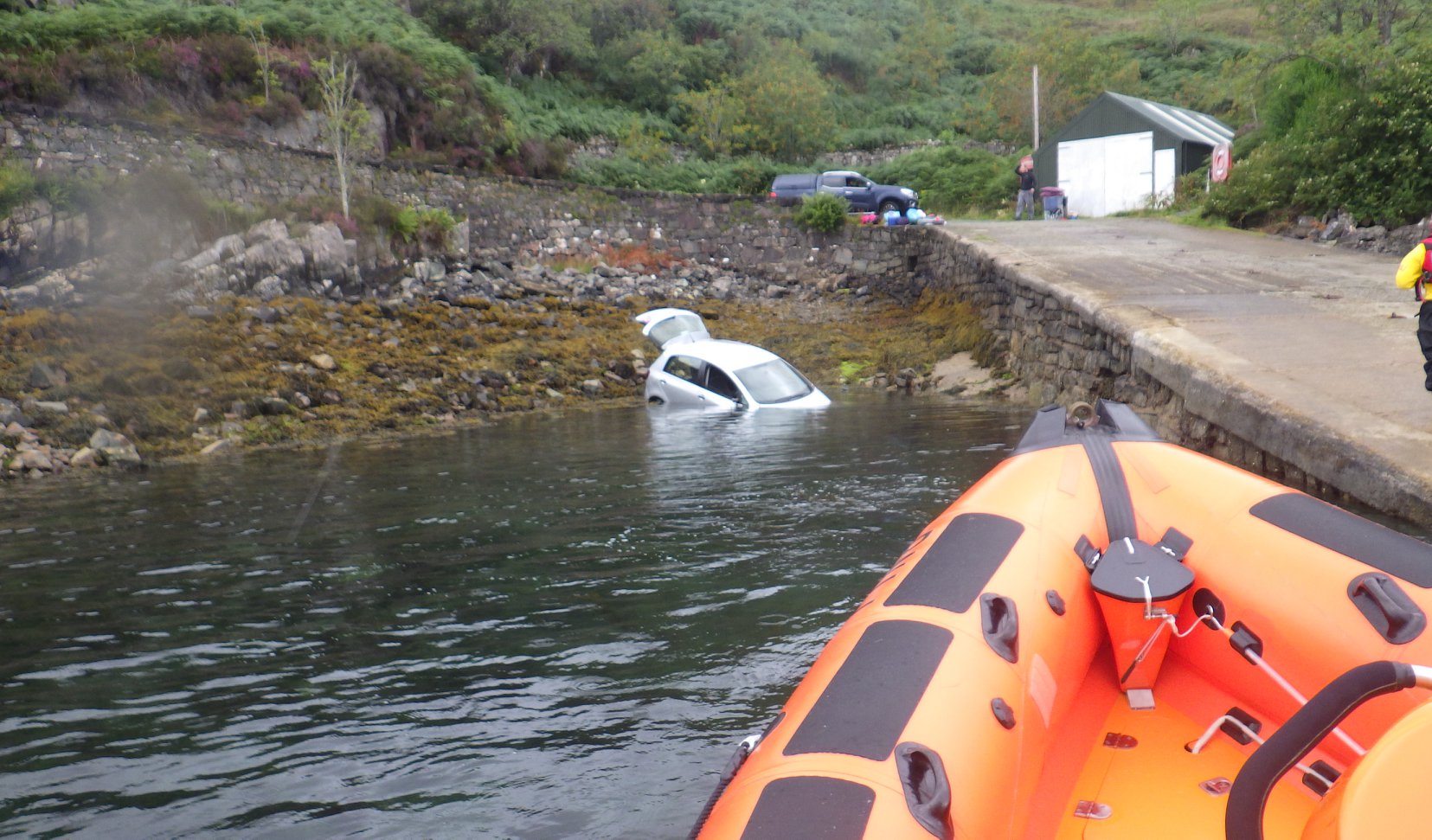