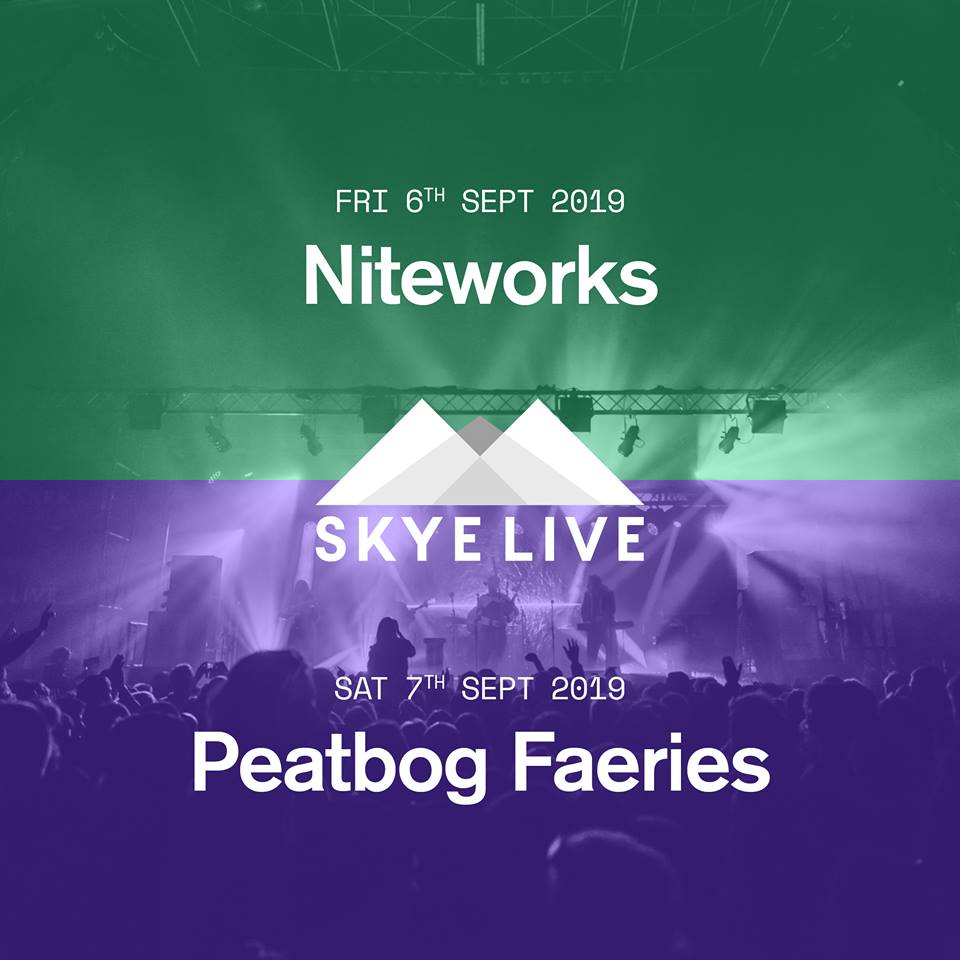 The first acts have been announced for local festival, Skye Live.

Peatbog Faeries will be playing their first Skye gig since 2015 at the festival.  They will be appearing along with Niteworks.

This year marks the fifth anniversary of the festival, which will be held on Friday 6 September and Saturday 7 September 2019.