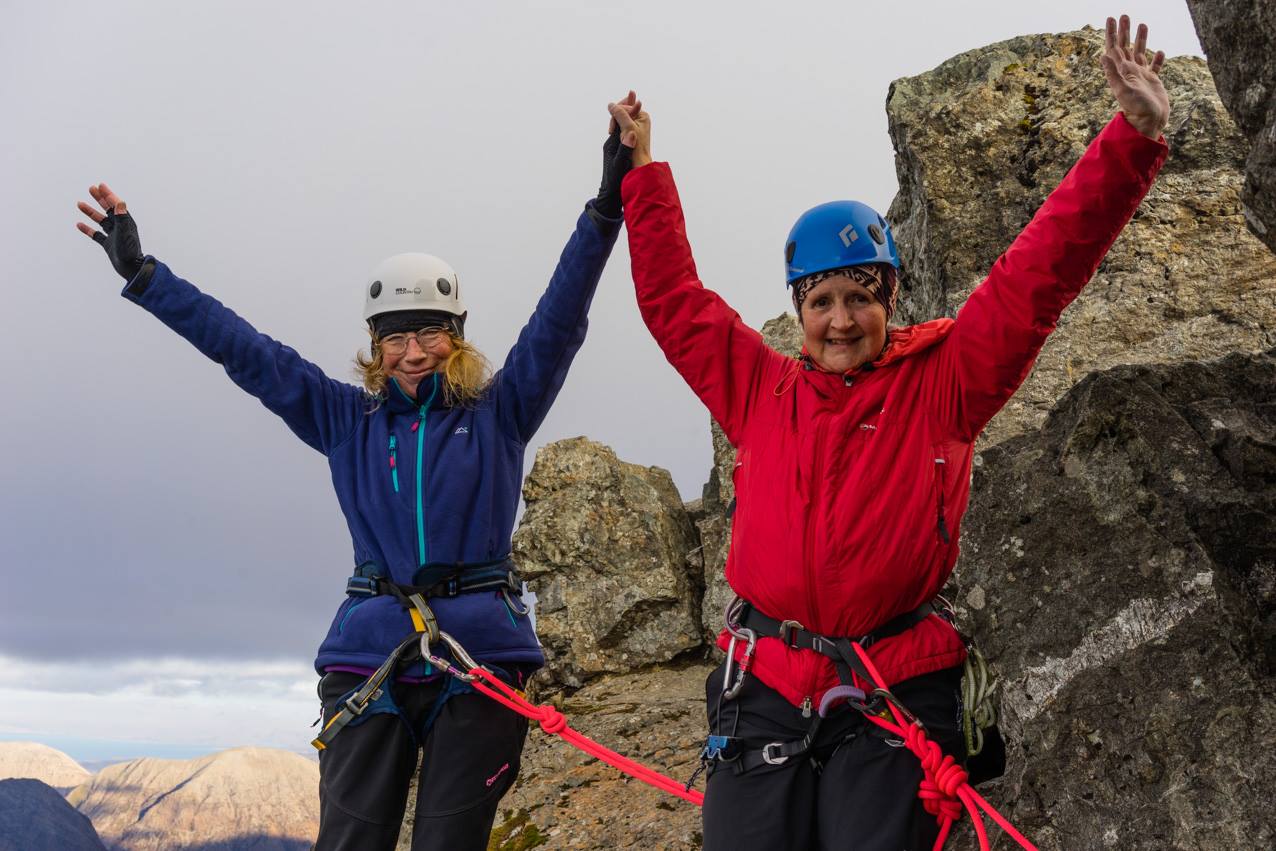 A 65-year-old has achieved her goal of traversing the Inaccessible Pinnacle.

Sue Reeves, with the help of local guides, Adrian Trendall and Bridgette Blackmore, climbed the pinnacle earlier this month.

Sue's long-held ambition took a step closer to reality when Adrian's Facebook group, All Things Cuillin, ran a lucky draw and one of the options was for a day in the Cuillin.

Adrian stated: "Sue entered and said that if she won then she'd choose to climb the In Pinn. Her post intrigued me as she said she'd been wanting to do it ever since she sat at it's base 23 years ago. Pointing up at the climbers, she told her friend that one day that would be her.

"More intriguing was the fact that a friend of Sue's, Annie Tempest, posted that if she won then she'd 'climb the In Pinn by proxy' and donate her prize to Sue.

"Sue didn't win but her story was inspirational and so was Annie's gesture so I offered to help Sue achieve her ambition and she said she'd raise money for the Skye Mountain Rescue Team.

"The story had more interest in that Sue had lost contact with the friend who sat beside her all those years ago but now they have been reunited.

"Sue decided immediately she didn't want to do it over the summer when there might be hordes of people and an equal number of midges. Sensible choice but as autumn continued with rain it began to look like the climb might have to be postponed. Worse still, Sue was ill with a bad case of flu and her training and practice for the big day was kicked into touch.

"Towards the end of last week the forecast was looking good and we tentatively arranged things for Monday or Tuesday. Waking to a stunning sunrise, things looked good although it was pretty chilly and we had to scrape ice from the windscreen.

"The drive to Glen Brittle was magical with the silhouette of the Cuillin looming above us. Parking at the Memorial Hut we headed for the long, soul destroying slog up to the In Pinn. It was cold with ice on puddles but already the sun was hitting the hills across the river and soon some of the Cuillin glinted with sun rays. 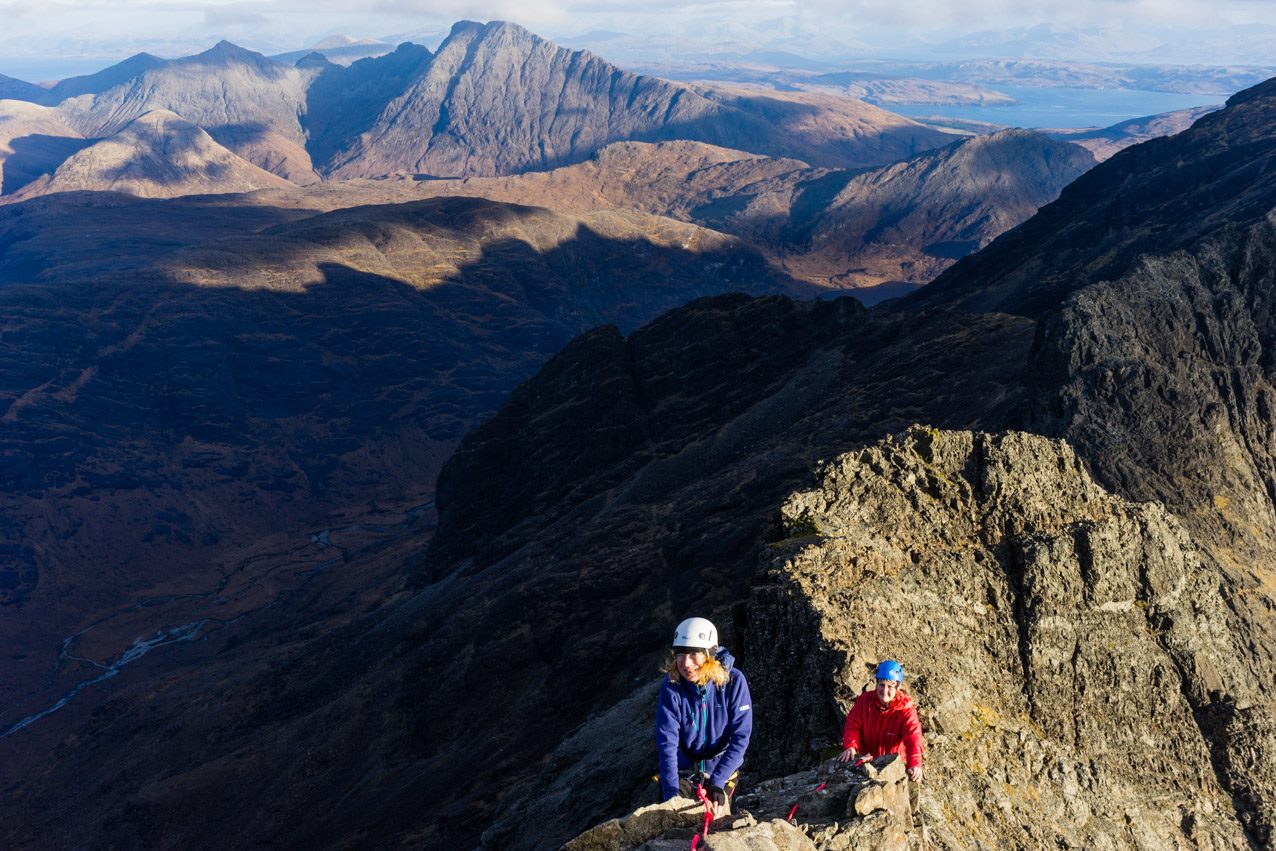 "The higher we got, the better the views and things warmed considerably as the sun hit us. A few pleasant stops for refreshments and the path gave way to scree and rocks but the vista opened up with views to Glen Brittle and out to Rum."

Adrian told The Skye Times Online: "Main challenge was the very limited hours of daylight and as it was we walked down the last hour and a half by head torch in the dark. Sue was brilliant on the scrambling and climbing."

"At the latest count Sue reckoned she'd raised over £1600 for Skye Mountain Rescue Team and she was full of praise for all the support, both financial and moral, she has had from her friends.

"It shows just what individuals can achieve, that there are big challenges in the mountains for everyone, not just sponsored athletes. It involved a local cause, local people all coming together. It took place in the mountains that we love and we were able to photograph and share it to anyone interested. It shows just what people are capable of with enough determination and with a little help from their friends."

Sue's JustGiving page is still live here.  All Things Cuillin are also fundraising for the Mountain Rescue Team with a £2 donation from every sale of their  calendar. 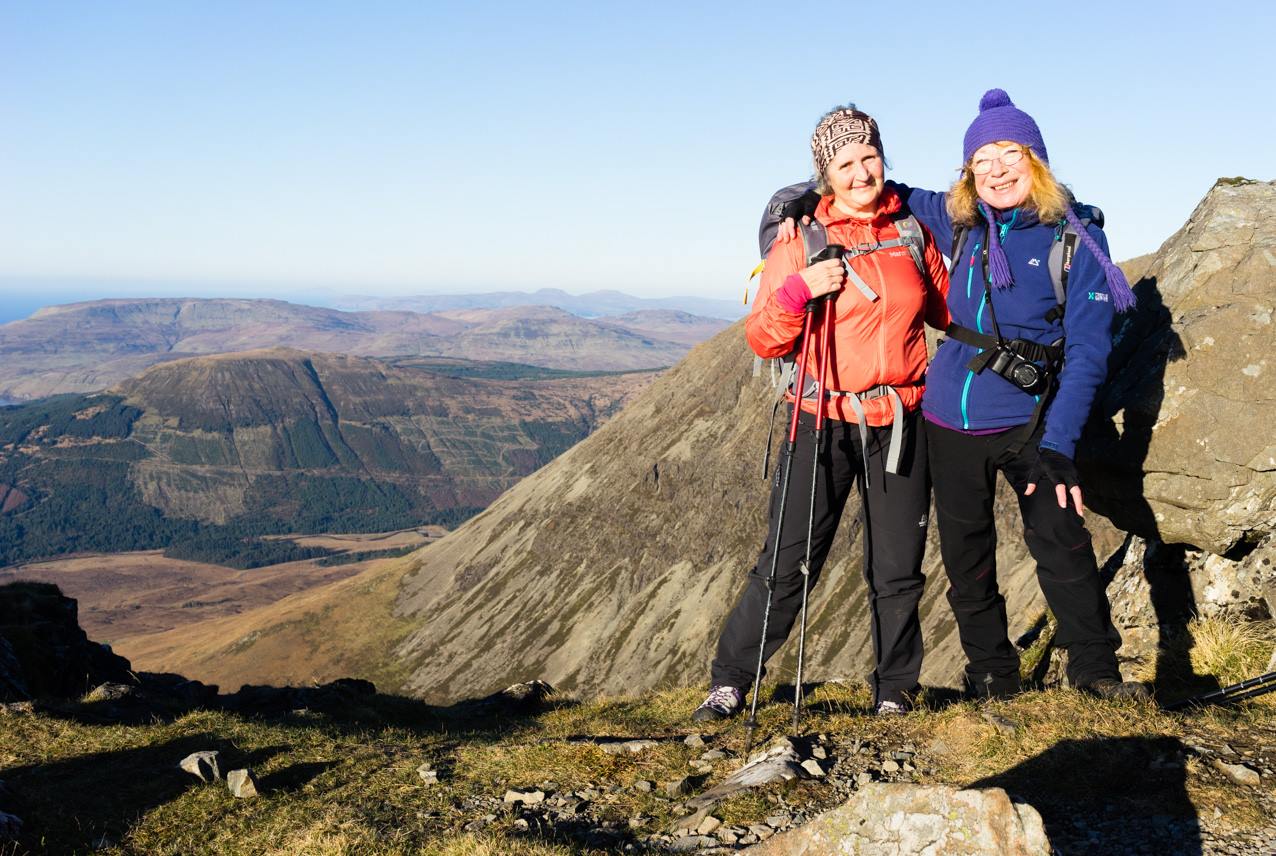