Phishing for fraud in Portree 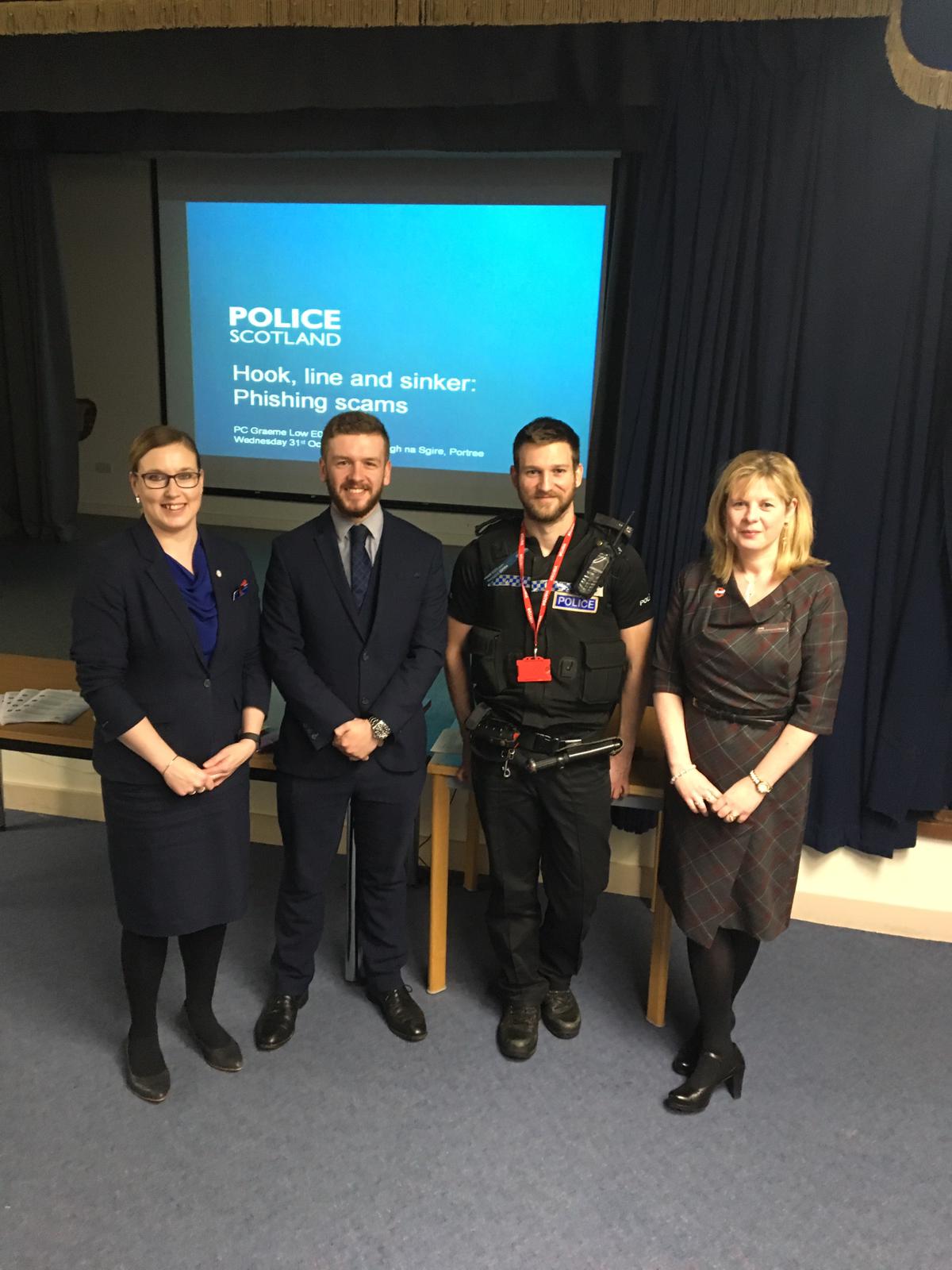 Police, bank representatives and advisors from Citizens Advice Scotland got together in Portree last night (Wednesday October 31st) to give timely advice on the ways to spot and avoid a scam.

The public event, at Tigh na Sgire in Portree, was organised by PC Graeme Low in response to the high number of frauds and attempted frauds reported in Portree and the wider area recently.

Police advised about some of the more common frauds that have been reported locally, as well as general advice about online security.

Representatives from local banks also attended and covered a variety of scams including online ‘phishing’ and telephone banking scams.