Number of visitors to Scotland has soared, new figures reveal 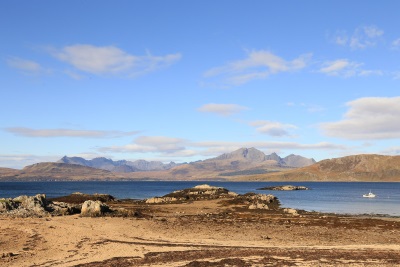 Visitor numbers to Scotland have soared, according to the Office for National Statistics (ONS).

The figures are the highest since the ONS travel trends survey began in 1961/62.

The figures are published amid ongoing debate about the impact of tourism at popular destinations, such as Skye.  Skye has also been scouted as a likely filming location for one of HBO's Game of Thrones prequels, The Long Night.

Overseas vacationers in Scotland increased by 27%, and their spending rose nearly a fifth.

Business travel also rose, with spending by those from other parts of the European Union more than doubling.

There was a fall in the numbers on inclusive tours, reaching only 15% of total visitor numbers.  However, there was an increase in the number from "rest of the world", including China and India.

Overall, the number of business travellers from the EU was up, as was their spend, however, the number of people coming for business trips or to work in Scotland from from the newer 13 members of the EU, including Poland, the Baltic states, and Bulgaria was down.

"Using our unrivalled beauty, rich history, pioneering partnerships and innovative thinking we are communicating with visitors from every corner of the world."

"Tourism is the heartbeat of the Scottish economy, causing a ripple effect which touches every industry and community, creating employment and economic growth."