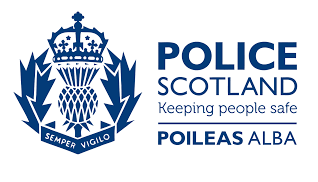 Following a change in the current weather conditions today Wednesday, January 31st, Police Scotland has issued a warning to drivers to DRIVE WITH CAUTION in the northern half of the country.

Skye is one area most likely to be affected by snow and ice from 6pm tonight; as well as the  Western Isles, Argyll, Highland, Moray, Aberdeenshire, Aberdeen City, Angus, and Perth and Kinross areas.

Police advise that these areas will catch further sleet and snow showers, some heavy and prolonged with deteriorating conditions overnight with significant drifting developing on hill routes such as the A9, A95 and A93.

In addition strong winds with occasional gales on coasts and upland areas with escalating bridge restrictions across Highland region (especially Skye) but also some bridges elsewhere such as the Kessock, Cromarty and Dornoch crossings.

Some ferry disruption can also be expected; and drivers and pedestrians are being advised that longer journey times are possible and some icy patches may form on untreated surfaces bringing the risk of injuries from slips and falls.

Chief Inspector Stewart Mackie, Area Commander for Road Policing in the North Area for Police Scotland, said: "The current challenging conditions continue, with the north of the country facing poor driving conditions over the next day or so.

“While there is likely to be an easing of conditions towards the end of the week, during Friday night and Saturday morning a band of rain and sleet will move east across Scotland giving a spell of snow over upland areas.

“Conditions will be poor with snow for a time on higher parts such as A9, with winds also freshening. Later on Saturday, the rain and hill snow will turn more showery.”

He continued: "If you are travelling on the roads you should ensure you and your vehicle are adequately prepared for the conditions, making sure you have sufficient fuel and supplies such as warm clothing, food and water in the event you are delayed for several hours.

“Charge your mobile phone and plan your route as well as alternative routes. Listen to media broadcasts, especially local radio, and visit the Traffic Scotland website."