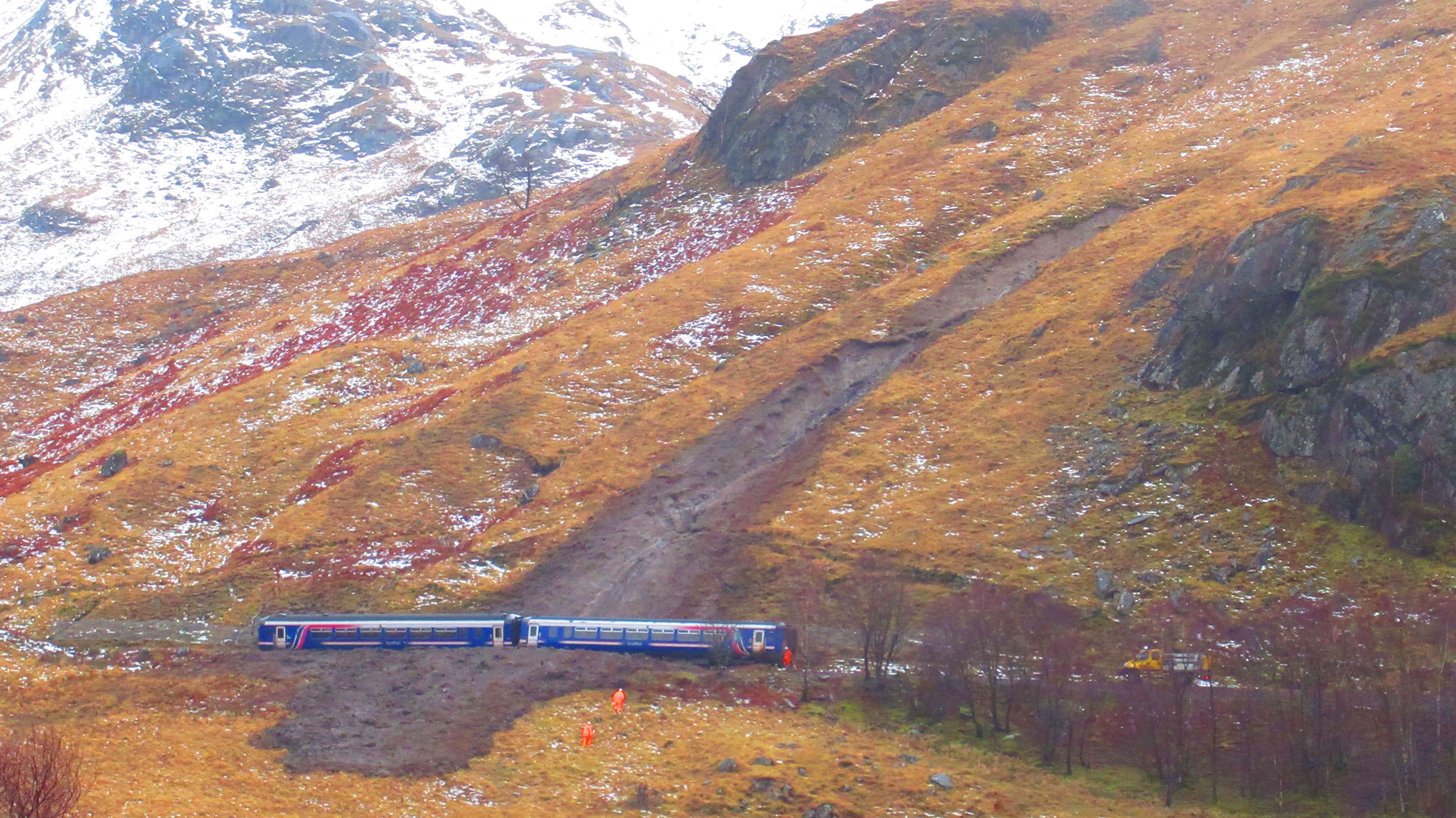 Part of the West Highland line will be closed for several days, thanks to a landslide.

The landslip, which took place early on Monday 22 January, derailed a train.

The line is blocked at Loch Eilt between Arisaig and Glenfinnan and Fort William-Mallaig services will be suspended until further notice.

The landslide was believed to be caused by heavy snow, followed by rain.

Work has already begun to remove the train and mud from the line so that normal service can be resumed as soon as possible.

The five passengers and crew aboard were unhurt.