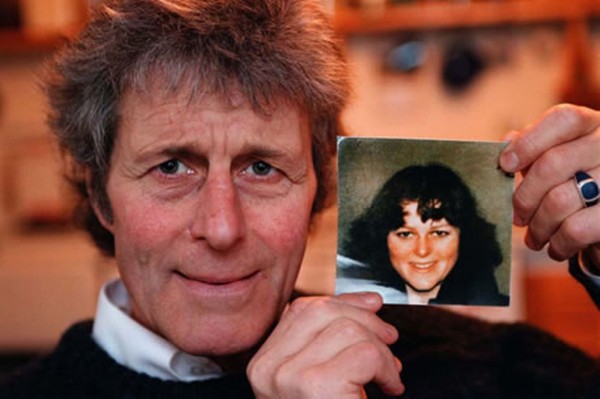 The passing of Rev Kenny MacDonald has brought ‘much sadness and a great sense of loss’ to those who joined in the search for his missing daughter Alison.

The retired Free Church minister passed away on Saturday (January 20th) at Migdale Hospital, near Bonar Bridge, aged 83 years old. He had suffered for a number of years from Multiple Sclerosis and had lost his sight.

A native of Skinidin, Skye, he was ordained late in life, in 1984, as Free Church minister of Rosskeen after a long and multifaceted career - sometime a professional footballer (briefly on the books of Tottenham Hotspur) later a respected Customs officer in Stornoway and indeed among the first elected members of Comhairle nan Eilean, the new Western Isles Council.

Well-known Scottish journalist John Macleod wrote yesterday that Mr Macdonald "is nevertheless most widely remembered as father of 19-year old Alison MacDonald, who disappeared so mysteriously in India in August 1981 and whose name he and his wife Reta kept determinedly for over three decades in the public mind as they initiated search upon search, as yet to no avail; and much of the media coverage today has perhaps unduly focused on the pathos of his dying without ever seeing his daughter on Earth again.

"This is to overlook Mr MacDonald's manifestly blessed ministry in Rosskeen; his extraordinary people-skills; the effortless way in which, even in the most informal settings, he kept conversation profitable and Christ-centred; and his unfailing cheerfulness not only through the turmoil of Alison's disappearance but many other afflictions, not least declining health and the loss of his sight.

"He should also be remembered for, in retirement, an unexpected and locum pastorate in Portree Free Church notably favoured by the Most High and for extraordinary, self-effacing humility, in a day when too many clergy publicly preen over 'revival' under their pastoral sway. I remember one who was a great friend and mentor to me in my youth; and we have all lost a lovely and luminous Christian man.

"We commend Reta, Mairi, Alison, Sam and Derek - plus their partners in life, children and grandchildren - to the God of all comfort: the world, tonight, feels - and indeed is - a darker place without Kenny MacDonald in it."

A post on the ‘Let’s Find Alison’ Facebook page yesterday (Monday, January 22nd), read: “It is with much sadness and a great sense of loss that we learned of the death of Rev Kenny MacDonald.

“It came as a great shock and he will be sorely missed, for his contribution and stewardship, for the church and the people of Golspie. He has gone to receive his eternal reward. Our thoughts, prayers and love are with Reta and family.”

At the time of Alison's disappearance she was a student at the University of Aberdeen and had travelled to India with her friend Liz Merry. The two friends arrived in Kashmir on August 7th 1981 and left on August 17th to continue to Sonamarg in Northern India, where they stayed at the Glacier Guest House.
It was at this point that they agreed to separate for a few days as Liz wished to go on a guided pony trek up the Kolahoi glacier, and Alison preferred to stay in Sonamarg. It was whilst Liz was away that Alison went missing, last seen at a bridge near the border with Pakistan.  In his search, Rev MacDonald visited India over 20 times, often accompanied by wife Reta and their sons as the local Indian army, the police, and many influential people aided in the search for Alison, but to no avail.

The Convener of Comhairle nan Eilean Siar yesterday paid tribute to Mr Macdonald.  He was elected to represent the new Coll ward when Comhairle nan Eilean Siar was formed in 1974, serving until 1976.   Convener, Norman A Macdonald, said: “Our thoughts and prayers are with his wife Reta, the children, the grandchildren, the wider family circle and his friends."  The Comhairle flag in Stornoway is flying at half-mast.