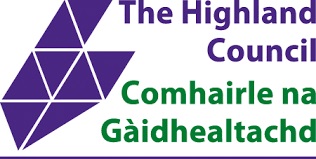 Brexit, broadband, City-Region Deal and housing debt will be among some of the matters discussed by Highland Council’s Leader Cllr Margaret Davidson and Budget Leader Cllr Alister Mackinnon on a visit to the UK Government in London today (Tuesday 16 January 2018).

At a meeting with Lord Duncan, Parliamentary Under Secretary of State for Scotland they will be updating him on progress being made on the Inverness and Highland City-Region Deal.

They also intend raising the matter of Brexit and the implications that this will have on Highland. Cllrs Davidson and Mackinnon will be seeking further information on the UK Government’s potential support for tourism.

In addition, the digital connectivity of the Highlands will be raised with Lord Duncan as Cllrs Davidson and Mackinnon hope to find out how the UK Government can contribute to accelerating the roll out of broadband across the region.

Cllr Davidson will also be meeting the Economic Secretary to the Treasury, John Glen MP along with Ian Blackford MP for Ross, Skye and Lochaber.

Cllr Davidson said: “I would like to thank Mr Blackford for facilitating this meeting to open a conversation with the Treasury about re-scheduling Highland Council’s Public Works Board debt with the hope of reducing our annual re-payments which will enable re-investment in public services in the Highlands.

“We will also be discussing the case for writing off some or all of the Highland Council’s housing debt. Shetland Council was successful in this matter as they built many house in the 1970s for the oil and gas sector and this is also the case in Highland.

“Essentially, our visit is about asking the Treasury to be aware of the special circumstances in Highland, our rurality and the uniqueness of the Highlands and to take that into account in their financial dealings with us.”