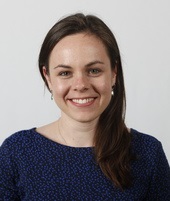 The MSP for Skye, Lochaber and Badenoch MSP is highlighting the damage caused by single-use disposable plastic items to both the onshore and marine environment in Scotland.

Items like plastic straws can take up to 500 years to decompose, despite only being used for less than half an hour.  Ms Forbes, who sits on the Scottish Parliament's Environment, Climate Change and Reform Committee, wants to see a ban on plastic straws, as well as encouraging consumers and businesses to change their drinking habits.

The official launch was held at the Royal Hotel in Cromarty, one of the first businesses in her constituency to ditch plastic straws in favour of paper biodegradable ones.

Kate Forbes MSP said: "I represent a constituency which stretches from the east to the west coasts and I can see the impact of plastics on our seas.

"Along our coastline, plastics are choking our seas, damaging the environment and risking the lives of seabirds and sea creatures.

"One of the most common plastic items on the beach are plastic straws. We could be throwing out just under £3 billion straws every year in Scotland, based on US estimates of people using an average of 1.6 straws per day every year.

"The pub chain Wetherspoons have indicated that they consume 70 million straws a year in the UK and so the figures are huge.

"The ridiculous thing is that most people don't ask for a straw and they don't want one, but pubs and restaurants automatically pop it in their glass. That plastic straw could end up in our seas, causing damage to wildlife."

The MSP for Skye, Lochaber and Badenoch continued: "Some restaurants and hotels have already done something about this, including the Royal Hotel in Cromarty.

"The owner Jenny Henderson decided to switch to paper straws over Christmas as she was inspired by the primary school pupils in Ullapool who have made Ullapool the first straw-free village in Scotland.

"Any ban has got to be UK-wide, because the sea does not respect country borders and plastic straws washed out to sea in the south of England could easily end up on the Highland coastline.

"That's why my campaign to calls on both the UK and Scottish Governments to crack down on plastic straws as part of an overall strategy to ban single-use, disposable items such as cotton buds and throwaway cutlery, where environmentally friendly alternatives exist.

"As part of my campaign I am asking pubs and restaurants to stop handing out straws automatically and to only provide biodegradable alternatives. Chains like Wetherspoons and individual businesses like the Royal Hotel have already done that and I hope others will follow their lead.

"If you agree that Governments should take more action on plastic straws and that restaurants and pubs should stop stocking plastic straws, then you can sign up to my campaign petition at www.finalstraw.scot."

Kate Forbes MSP's call is also being supported by the Marine Conservation Society.

Scotland conservation officer Catherine Gemmell said: "It is fantastic to see MSP Kate Forbes call for a ban on plastic straws as they are one of the many single-use plastic items that we find rising in numbers on our beaches, in our seas and impacting our wildlife.

"A straw is only used for minutes, yet will remain in the environment and our oceans for hundreds of years to come.

"This is why at MCS we are also calling on all the Governments of the UK to put in place a levy on other single-use items such as cutlery and coffee cups to reduce the amount of plastic in use.

"Our seas should not have to pay the price for a throw-away culture, and any move to reduce the amount of single use plastic items being thrown away is good news for our seas and wildlife.