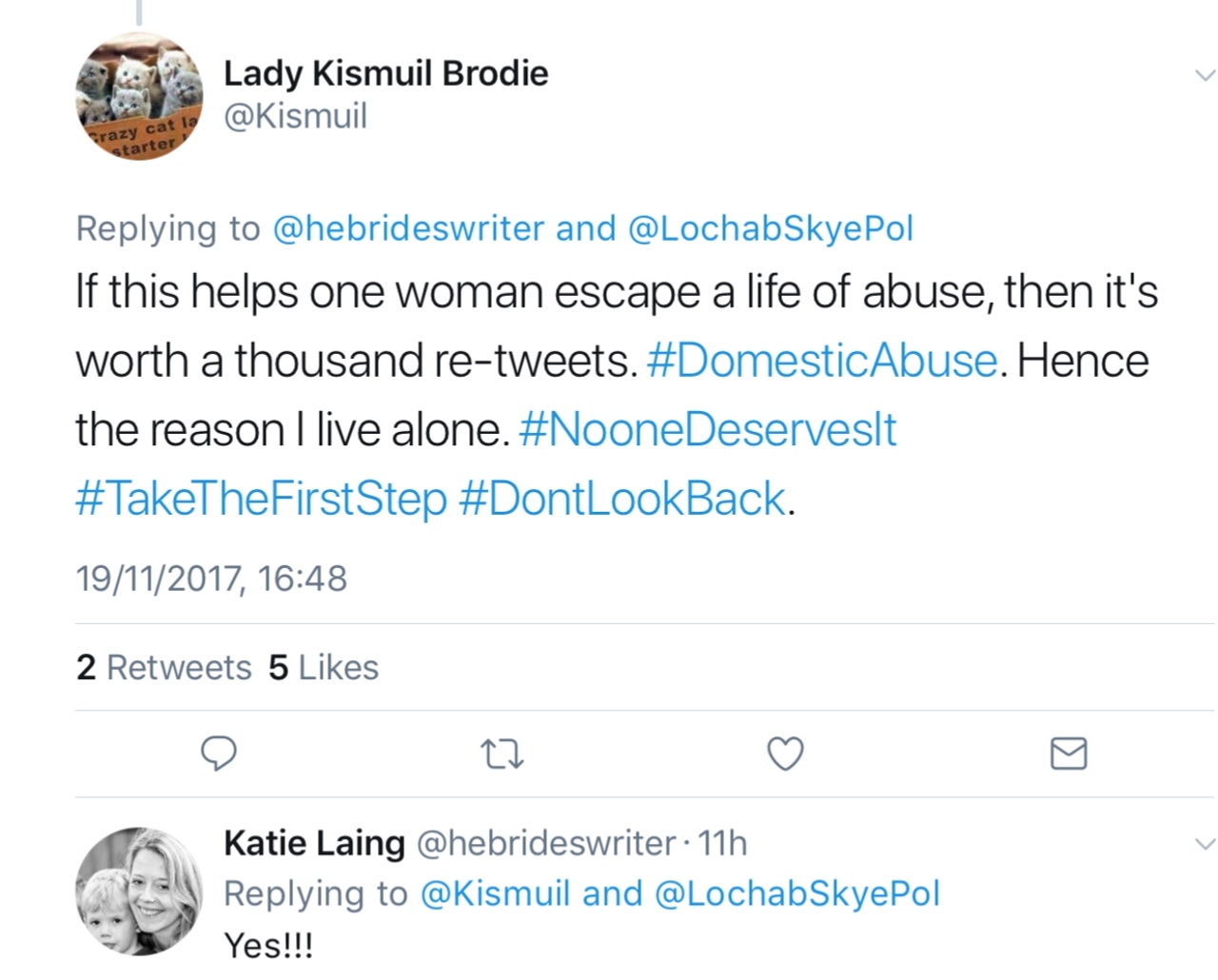 There was nationwide admiration and support over the weekend for Skye and Lochaber Police as they used their Twitter feed to appeal directly to women who are the victims of violence and intimidation in their own homes.

In a series of co-ordinated tweets, they addressed “A letter to a young woman in #Skye” saying “We know you follow this account and want you to see this. We’ve told you previously that we think you are at risk of domestic abuse from your partner.

“The violence, threats, degrading comments and controlling behaviour are not the life you need to lead, it can be better.

“Your family and friends have told you they think you are in danger – they support you and want you to be safe.

“We want to help you and are doing lots with other agencies to try to keep you safe.”

There was a response from across the country and beyond.

A lawyer said: “Very, very well done: I'm so impressed by what you've said and how you've said it. As a lawyer, years ago, one of my divorce clients, a young mother with two young sons, was killed by her partner because she believed she was helpless without him. I tried but failed to keep her safe.”

Hazel in Glasgow said “Having been in a similar situation many years ago I would urge her to run out the door and never look back. Life will be so much better

Another woman replied: “Very wise words Hazel, spent most of my childhood either watching my mother get several colours of crap kicked out her or it was us kids getting it. And more often than not it would be all of us. My advice is get out, stay out and never go back.”

Another woman wrote: “I hope your amazing and moving letter gives her the confidence and strength she needs to get out and regain control of her life. No-one should have to endure domestic abuse.”

On the Outer Hebrides, Katie Laing said: “On behalf of the #HebridesWomensNetwork... thank you so much! I personally know of one #domesticabuse victim who saw this today.   This was a genius move on social media.”

And there was official appreciation too. “@lochaberwa and @Rosswomensaid are the local stars of Women’s Aid and will be well-placed to work with @LochabSkyePol to publicise all the support available.  Great to see police and services working together and sharing Scotland’s Helpline: 08000271234,” said Dr Marsha Scott, chief executive at Scottish Women’s Aid

Medics Against Violence Scotland said: “Great use of social media to reach out and keep people safe. Hope people reading it were inspired and motivated to reach out to friends neighbours and colleagues because of it- in small isolated communities that becomes even more Important.

Detective Superintendent Gordon McCreadie, Police Scotland’s national lead for Domestic Abuse, said, “Police Scotland remains committed to working with partners to reduce and ultimately eradicate the harm caused by domestic abuse. It is a deplorable and debilitating crime which can cause lasting damage to individuals, children and families.

Of the Skye campaign he said: “We have authorised our Domestic Abuse Task Force officers to head to some of our furthest most islands to support the divisional efforts and spread word of how the task force will take on the 'worst of the worst'.

“Great to see @LochabSkyePol getting positive news on their innovative and passionate series of tweets. Great also to note support of @SWACEO in our collective efforts to reach and support victims of domestic abuse.” 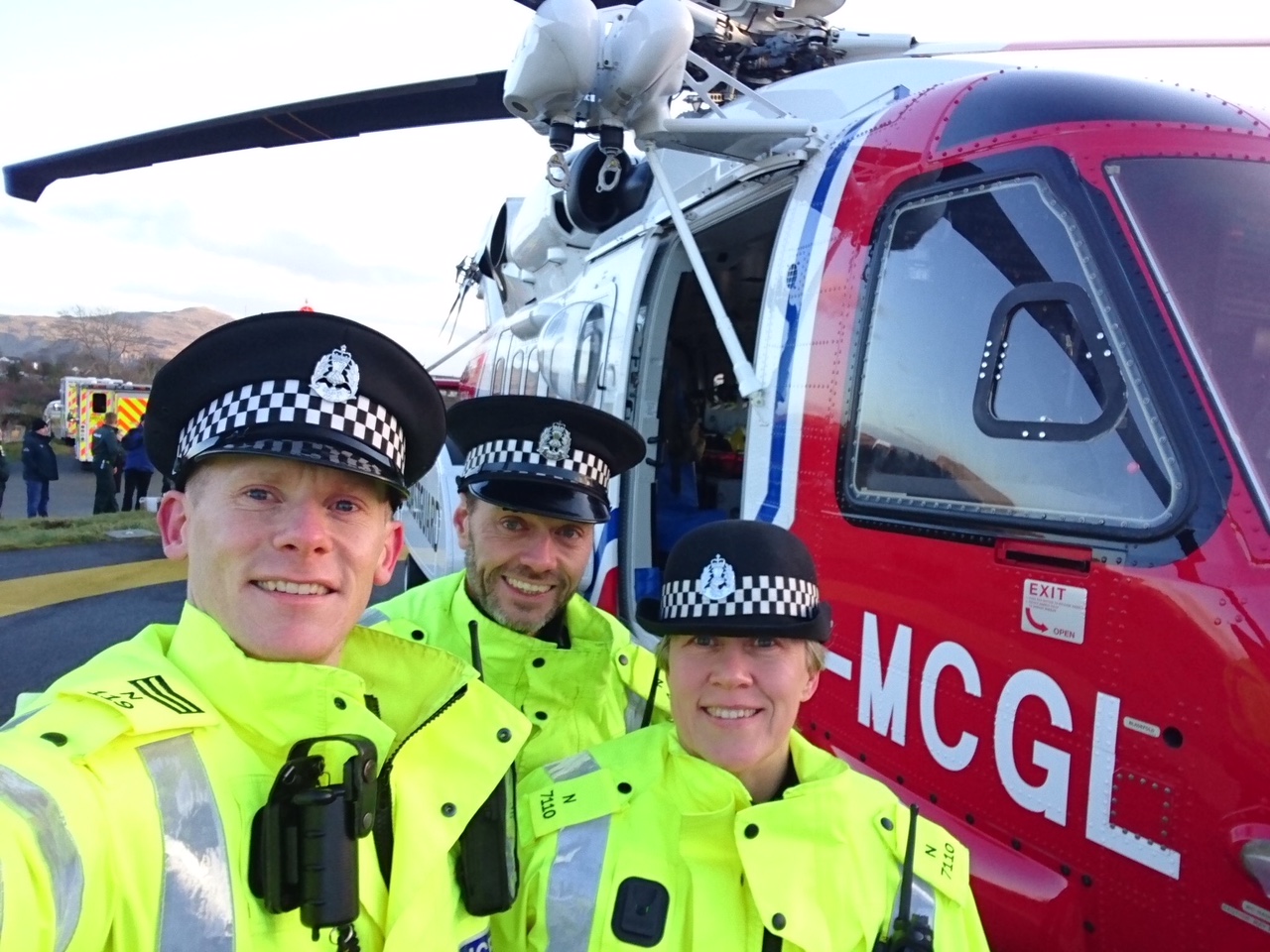 Meanwhile there was the official launch of the Portree helipad at the weekend as well. Skye and Lochaber Police said of their photographs: “So we aimed for the most emergency services in one selfie. @policescotland @Scotambservice @fire_scot @RNLI @MCA_media. Fantastic turnout for the opening of the #Portree helipad today. Everyone loves a helicopter!” 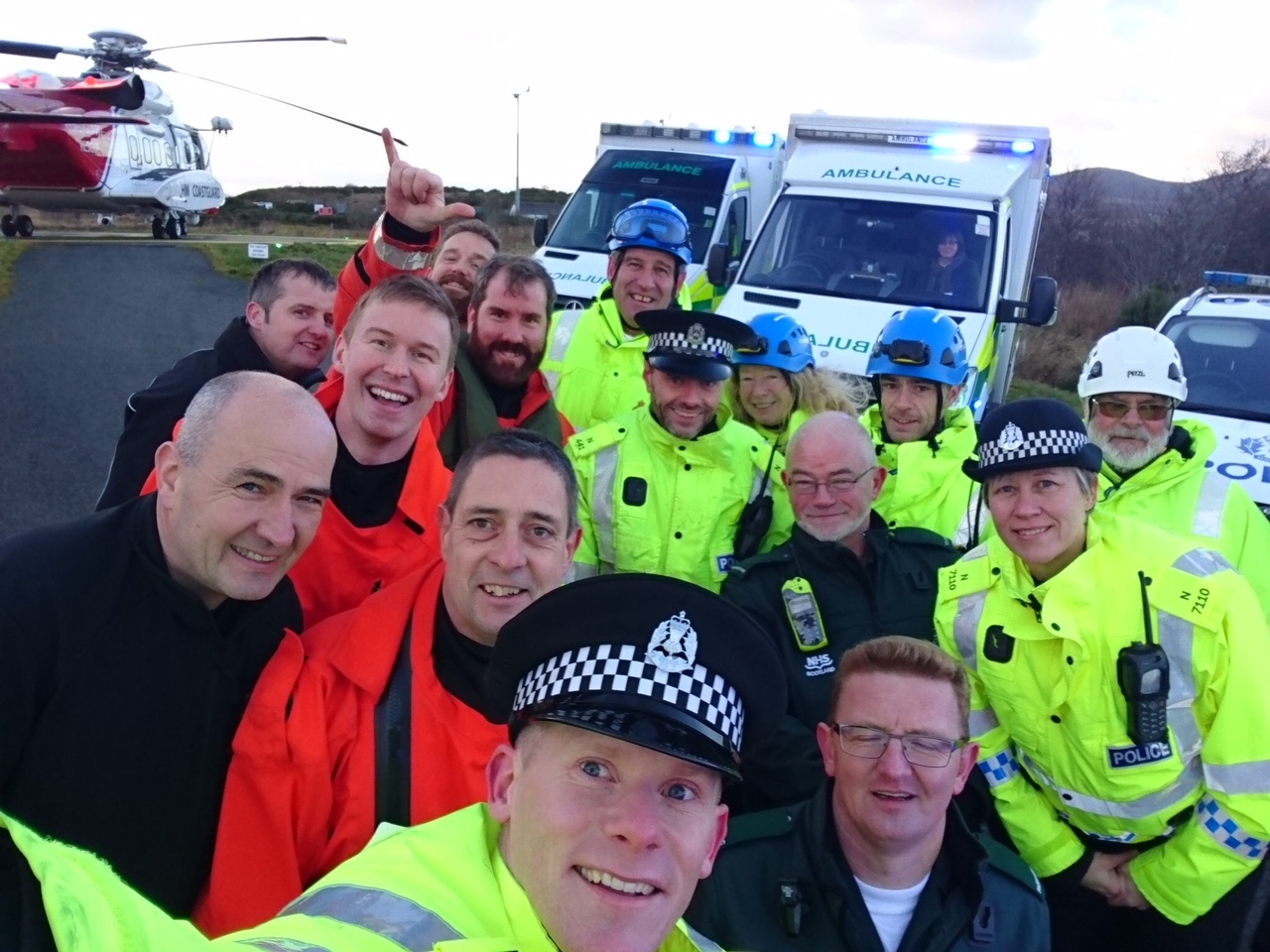