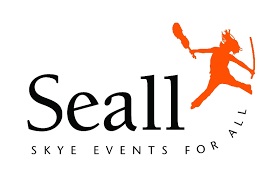 Earlier today (Friday 3 November) Kate Forbes MSP joined the Cabinet Secretary for Culture in opening a new office on Skye for the largest rural touring arts organisation in the Highlands.

SEALL - Skye Events for All - promotes around 80 high quality touring events each year, such as the Skye Festival in July and August, and the Skye Swing Jazz Festival in late October.

They recently moved into a new office in the old courtyard of Sabhal Mòr Ostaig, which SEALL are developing as a cultural hub for south Skye.

Since being established in 1991, SEALL have been responsible for putting on 1,800 events.

Kate Forbes MSP said: "I was delighted to join the Cabinet Secretary for Culture to officially open the new SEALL offices in Sleat.

"There is so much going on in Skye and it was great to show the Cabinet Secretary some of the highlights.

"SEALL is a fantastic initiative – I'm on their mailing list and so I see the fantastic variety of events.

"I commend the huge amount of work that has gone in to building up SEALL and it was great to spend time with the team and the Cabinet Secretary today to celebrate those successes."

SEALL was founded as a small rural touring promoting group in May 1991. Since then it has grown into a social enterprise with charitable status, offering the most extensive programme of any arts event business in the Highlands and Islands.

SEALL attracts many major names in the traditional music scene and works closely with the National Youth Jazz Orchestra of Scotland, alongside visits from the Scottish National Companies.

It regularly welcomes performers from Nova Scotia, USA, India and Scandinavian countries, and also provide a stage for young local performers and experience for young promoters.

Earlier this year, artistic director Duncan MacInnes was the Scottish nomination for the inaugural 'Special Award' of the UK-wide National Rural Touring Forum, and last year 'SEALL at Sabhal Mòr Ostaig' was named as Venue of the year for 2016 in the MG Alba Scots Trad Awards.