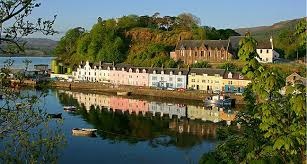 The Highland Council’s third Gaelic Language Plan that will direct the council’s corporate aims and ambitions for Gaelic over the next 3 years was approved today (Wednesday 30 August) by Members of the Council’s Corporate Resources Committee.

The ‘Gaelic Language Plan 3’ received cross-party support and Members thanked the public for submitting their comments while the Plan was out for public consultation. They also highlighted that Gaelic Language Plan 3 does not replace the current Plan and expressed the importance of increasing the numbers of pupils entering Gaelic Education and learning the language during the life time of the Plan.

Chair of the Council’s Corporate Resources Committee Cllr Alister Mackinnon said: “I am delighted that Gaelic has now become part of the Corporate Resources Committee. I believe this is an opportunity for Highland Council to play a leading role, nationally, in developing Gaelic in both educational and cultural events including Feisean and National Mòds. The corporate priority being given to Gaelic emphasises that the Council will want to continue to hear the view of Gaelic speakers, learners and Gaelic bodies through our Gaelic Strategy Improvement Group in order to take the Gaelic Language Plan 3 forward.”

He added: “Today by fully adopting the draft Gaelic Language Plan 3 we have reaffirmed our commitment to Gaelic and in doing so we recognise that Gaelic is an integral part of life in the Highlands.

“To meet the Council’s statutory obligations we followed guidance issued by Bòrd na Gàidhlig on the development of Gaelic Language Plans during the formation of our third Plan.

“There are 6 themes in the Plan, all of which contribute to language usage as we must increase the opportunities available for people to use and encounter the language, whether by offering language learning classes, extending the visibility of Gaelic as this continues to enhance the status of the language.”

Director of Care and Learning Bill Alexander added: “The 2017-22 plan sets out the Council’s aims and ambitions for Gaelic over the next five years and details how these will be achieved.  This Plan does not replace the Gaelic Language Plan 2, but builds on the Council’s on-going successes and achievements in growing Gaelic, especially as we now have a Gaelic Medium Primary School in Caol, Fort William and early next year we will be opening a new Gaelic School in Portree, on the Isle of Skye."

He added: “Partnership working with the key agencies in relation to Gaelic and Cultural development is crucial especially as we move forward in Council redesign, rationalisation and ever decreasing resources. We need to continue to maximise on technologies, shared resources and genuine partnership co-operation. We are hugely encouraged by the number of young people learning and taking an interest in the language and its associated culture and believe this Plan will go along way to both encourage and support this.”

The 6 themes of the Gaelic Language Plan 3 are: Home and Early Years, Education, Community, Workplace, Arts, Culture & Heritage and Economy these were set out in high level aims by Bòrd na Gàidhlig.

The Highland Council organised 2 cross party Gaelic Strategy group meetings and constructive comments from the meetings have been incorporated into the Plan.

A 6 weeks public consultation period took place on-line, and 4 public meetings were also arranged in Portree, Fort William, Dingwall, and Thurso, feedback from this process has been included within the Plan.

For further information please contact: This email address is being protected from spambots. You need JavaScript enabled to view it..