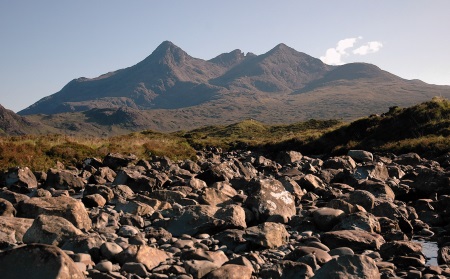 The production, set to be staged at The SSE Hydro on Saturday 27 January 2018, will feature the world premiere of the orchestration of Martyn Bennett’s second album Bothy Culture by violinist and composer Greg Lawson.

It will include a section featuring professional street trials rider Danny MacAskill as inspired by his short film The Ridge, in which he returns home to Skye for an action packed ride along the notorious Cuillin Ridge, set to the soundtrack of Martyn Bennett’s Blackbird.

The GRIT Orchestra performed one of the most memorable and moving opening nights of Celtic Connections’ entire 25 year history when they performed GRIT, Martyn Bennett’s final album, in 2015 to mark the 10th anniversary of his death.

Tickets for the GRIT Orchestra's performance of Bothy Culture will go on sale on Thursday 31 August at 10:00.

The full programme for Celtic Connections 2018 will be announced on Tuesday 24 October.