A832 reopens after flood damage 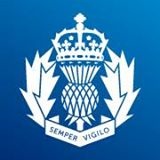 The A832 has reopened after being partially washed away during a flood.

The road was shut between Achnasheen and Gorstan on Friday after "significant flooding" in the Loch Luichart area.

There has also been flood damage on the railway line in the Garve area.

The road reopened at about midday today (Saturday 26 August), though police warned traffic lights were now in place around the affected area.