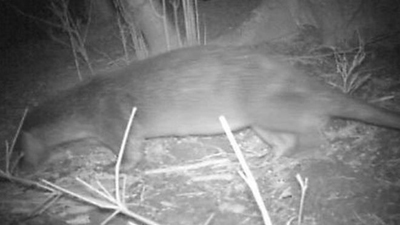 An otter has been spotted in Japan for the first time in almost four decades, according a Scottish charity assisting Japanese conservationists.

The Skye-based International Otter Survival Fund (IOSF) has been helping prepare a reintroduction of otters.

The last confirmed sighting of an otter was 38 years ago and the animals were declared extinct on the Japanese islands in 2012.  It said a Japanese scientist spotted the otter.

The sighting was made on the island of Tsushima in the Nagasaki prefecture, which is located between the Korean peninsula and Japan.

IOSF said it had still be confirmed if it was a Japanese otter, which is believed to be a subspecies of the Eurasian otter, or an animal from Korea.