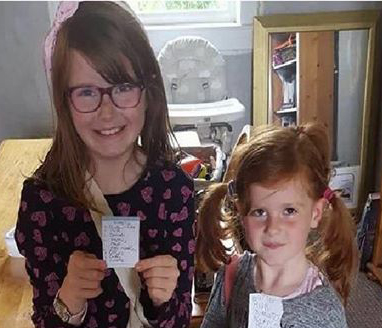 Two girls, aged 8 and 5, have been reported missing.

The girls have previously been known to camp with their father in the West coast area, Skye and Fort William.

Grace Elizabeth McKinney (8) and Kara McKinney (5) are thought to be travelling with their father Michael McKinney, his girlfriend Martina and Woody (3). They are travelling in a cream coloured Eldis Autoquest Motorhome H36 PBO.

Officers are eager to trace Grace and Kara in order to confirm their wellbeing.

Grace and Kara were last known to be in the Aylth area.

If you have any information which may assist Police in tracing Grace and Kara please contact Police Scotland on 101 and quote incident number 3165 11/08/17 or approach any police Scotland Officer.